Fishing Season is Upon Us, get the LEAD out. Do You Enjoy Loons? How About Swans?

Lead sinkers are commonplace and traditional in fishing, but research over the past couple decades has revealed that lead tackle has devastating effects on wildlife. Waterbirds, especially loons and swans, have taken the hardest hit from these poisonous sinkers. The Minnesota Pollution Control Agency references two long-term studies that found that lead poisoning was the cause of death in about 25% of adult loons. Another study from Canada in 1998 reported that 23% of loons died from lead poisoning, and that 125 to 187 million lead sinkers are left in Canadian waters annually. These waterbirds often ingest the sinkers when swallowing small pebbles to help grind their food, and after ingesting the lead, the bird will show physical and behavioral symptoms that impair its ability to fly and make it more vulnerable to predators. The birds often die 2-3 weeks after consuming lead.

Luckily, there are many alternative options to lead tackle. Many retailers carry sinkers in a variety of safe materials such as tin, tungsten, steel, and granite that are comparable in effectiveness.  Several states and countries have implemented bans on lead for use fishing, but currently in Minnesota and Wisconsin it is up to us to make responsible choices for wildlife.

Alternatives to lead jigs and sinkers are more expensive, a few bucks more. I get that, and like all canoeists I am pretty cheap. Talk is also cheap,  but once you know that your lead jigs are killing thousands of loons, the choice is easy.  Get the lead out of your tackle box and don’t put it in a garage sale; contact your local government for safe disposal. Then get out there paddling and fishing with a clean conscious; you won’t  look in the mirror and see a loon murderer.  Go one step further and complain at sporting goods stores that are still selling lead fishing tackle. It’s a disgrace. I just got back from South Africa where 1,560 Rhinos were killed last year by poachers just for the horns, our grandchildren may never be able to see a Rhino in the wild. Let’s work together so they will be able to hear the yodels of loons, get the lead out. -Rob 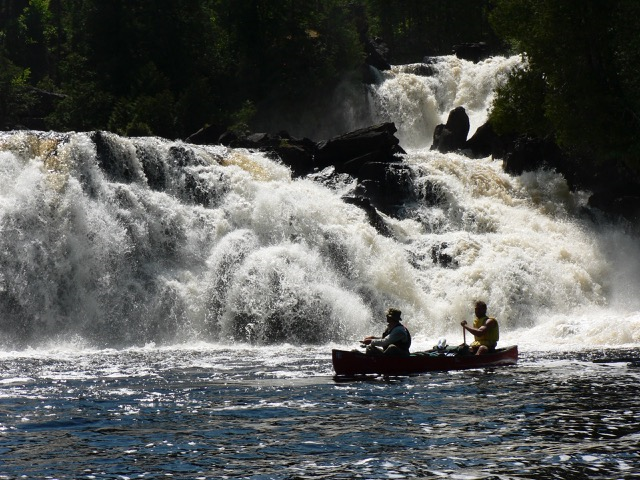