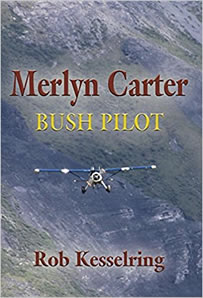 Retired school principal and mayor, Steve Staton was quite taken by my new book, Merlyn Carter Bush Pilot. So much so that in the summer of 2019 he took his son to Nonacho Lake, Northwest Territories to visit Merlyn’s sport fishing camp and the site of Merlyn’s demise from an unprovoked and fatal charge of a bear. But it goes beyond that. Staton believes that there is so much important history of the North in this book that he would like to get the book into all  of the northern high schools and libraries in Canada and Alaska. He has taken this on in a totally volunteer effort. I applaud and heartily support his efforts.

I hope my blog readers can catch Steve’s enthusiasm and join in supporting his efforts. I am also posting a list of targeted schools on this blog. I will note the progress of the effort and post the names of schools that have been specifically supported.